Animaniacs Wiki
Register
Don't have an account?
Sign In
Advertisement
in: Pages with inline Wikipedia links, Albums, Pinky and the Brain,
and 2 more

Pinky and the Brain Starring In: Bubba Bo Bob Brain

Pinky and the Brain Starring In: Bubba Bo Bob Brain is a Pinky and the Brain album released in 1997 under Warner Bros.' Kid Rhino label. It is a radio-drama-styled adaptation of the Animaniacs cartoon "Bubba Bo Bob Brain"; and features two original songs that were not present in the original episode. The album comes with a picture booklet for listeners to follow along to the audio.

Both tracks play throughout the audio story itself.

Also featuring two new songs, "Bubba Bo Bob Brain" and "A Lab Mouse Will Take Over The World," BUBBA BO BOB BRAIN will be available on CD and cassette with a suggested retail price of $15.99 and $9.99 respectively, and will also be available through RhinoDirect at 1-800-432-0020.

Is the world ready for a country-singing lab mouse? In this episode, The Brain discovers that country music is a powerful medium and devises a scheme to expose unsuspecting country music lovers to subliminal messages by becoming a singing superstar. (Heck, if Willy Ray Cyprus can strike platinum with "Achy Hollow Head," surely an intelligent lab mouse can reach even greater heights!)

The Brain leaves nothing to chance, calculating every detail necessary for country music success, including adopting working-class values. ("I enjoy beef jerky and the comedy stylings of Gallagher," he states solemnly.) Perhaps Pinky and The Brain will finally rule the world!

Steven Spielberg Presents Pinky & The Brain, a spinoff from the Peabody and Emmy Award-winning Steven Spielberg Presents Animaniacs, currently airs Saturday mornings on Kids' WB!, the Warner Bros. television network's children's programming service. Pinky and The Brain constantly devise new intricate, scientific, adventurous, and often just plain ludicrous ways to take over the modern world. Unfortunately for them, but luckily for us, they have yet to succeed in their plans for global domination. However, their relentless attempts provide hysterical and witty entertainment.

After being inspired by Pinky's enjoyment of country music; The Brain poses as country singer Bubba Bo Bob Brain with Pinky as his manager. He plans to put subliminal messages in his songs to get whoever is listening to the songs to make him their world leader. He unexpectedly finds great success as he rises to fame. The now country mega-star makes numerous publicity appearances and even gains a spot at the Grand Ole Opry. To nobody's surprise, the plan goes wrong following Brain's own ignorance and anger at the Grand Ole Opry— his demands for Pinky to "forget him" end up becoming his mind-controlled audience's commands. His former fans now boo him off the stage. A humiliated and defeated Brain retreats to the lab with Pinky. Brain inquires for Pinky to prepare for the following evening; where the mice will once again concoct a new plan to take over the world! 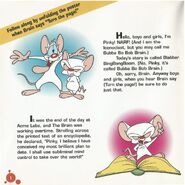 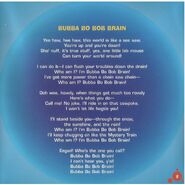 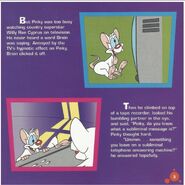 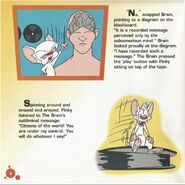 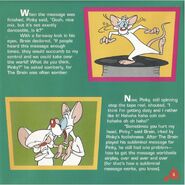 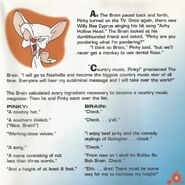 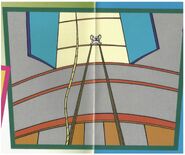 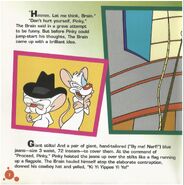 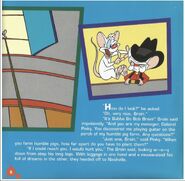 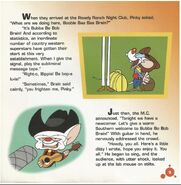 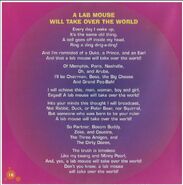 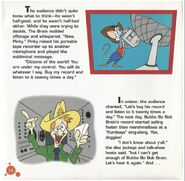 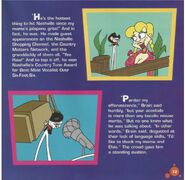 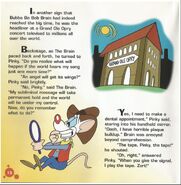 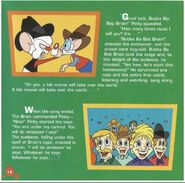 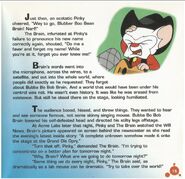 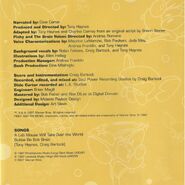