Be Careful What You Eat 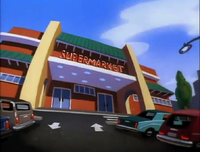 The Warners sing to the tune of the Can Can the many ingredients found in junk food.

We like sweets a lot
But they make your insides rot,
So remember it's your body
And the only one you've got.

Yakko is in a session with Dr. Scratchansniff. Yakko claims he can see into the future. For instance, he can see the next cartoon coming up.

Up the Crazy River 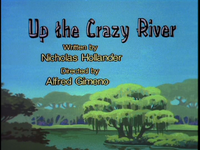 Mindy, Buttons and her family are on a boat tour of the Amazon River in South America. Mindy gets off the boat to chase a butterfly, and once again, it is up to Buttons to protect her from all harm without getting harmed himself.

All the Warners are drawing pictures in Dr. Scratchasniff's office, however they are all blank. Dot's blank picture is of "The Eiffel Tower in Italy", Wakko's is of "a cow eating grass", Yakko's is the next cartoon. 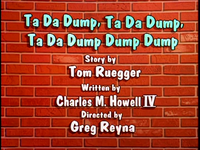 The Goodfeathers go to an ocean barge for some food, but Pesto gets caught in a plastic bottle holder.