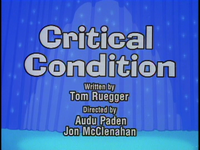 After famed film critics Lean Hisskil and Codger Eggbert pan Slappy Squirrel's cartoons while reviewing a new Looney Tunes laserdisc collection on live television, Slappy, along with Skippy, travel to a Hollywood film premiere that the two critics are attending, and torment them relentlessly.

The plane chase from Episode 21 is reused, except this time, the Warners fly from the studio instead of Mount Rushmore. 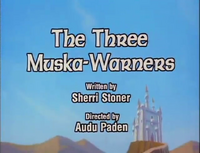 The Warners do a parody of the Three Musketeers.

Retrieved from "https://animaniacs.fandom.com/wiki/Episode_36:_Critical_Condition/The_Three_Muska-Warners?oldid=30894"
Community content is available under CC-BY-SA unless otherwise noted.