Each cartoon in this episode has to do with the Military. 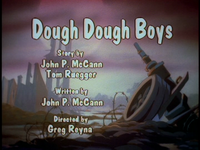 The carrier pigeon Goodfeathers are forced to deliver an important message through a World War I battlefield.

One of the army men appears to be a younger Mr. Plotz. 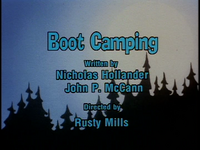 The Warners head for summer camp but wind up in basic training instead, leading to chaos, confusion and an angry drill sergeant. 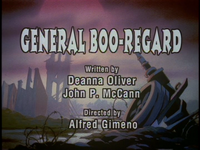 During the Civil War, Chicken Boo serves as the leader of the Confederate rebels.

This is the first stinger to feature the Goodfeathers.

Retrieved from "https://animaniacs.fandom.com/wiki/Episode_37:_Dough_Dough_Boys/Boot_Camping/General_Boo-Regard?oldid=29977"
Community content is available under CC-BY-SA unless otherwise noted.