This is the 44th episode of Animaniacs.

Throughout the episode, Yakko provides some "Useless facts". This segment is considered special by fans because it was only featured in this episode. 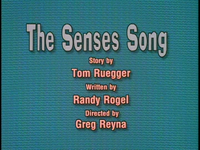 The Warners sing of all five senses, as well as other "senses".

When a tree falls on your head

that relies on crystals from the mall

A sense of fair play

Sense of humor, sense of doom

Meta-poster
Add a photo to this gallery

Dot provides her own interpretation of "Humpty Dumpty".

The World Can Wait 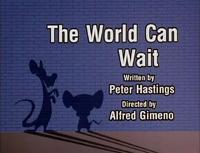 The Brain puts taking over the world on hold as he is in love with a lab mouse named Billie, however, she shares the personality traits of Pinky, so Pinky helps Brain talk to her a la Cyrano de Bergerac.

"A shrimp's heart is in its head." 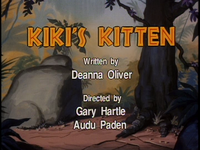 A zoologist discovers that Kiki the gorilla acts calmly when around Rita, because she treats her as if she were her own child.

"Starfish have no brain."

Runt: It's over. It's definitely over.

Retrieved from "https://animaniacs.fandom.com/wiki/Episode_44:_Useless_Facts/The_Senses_Song/The_World_Can_Wait/Kiki%27s_Kitten?oldid=29651"
Community content is available under CC-BY-SA unless otherwise noted.