Of Course, You Know This Means Warners 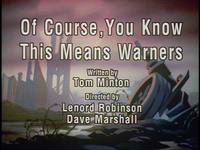 The Warners show off their assistance on the homefront during World War II. 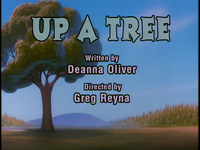 Due to Runt's stupidity, Rita and the dog find themselves in Nebraska instead of Chicago. Rita gets chased by a dog all the way up a tree, which is unsettling for the acrophobic kitty. 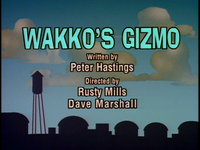 Bad Idea: Having the circus visit you.

Retrieved from "https://animaniacs.fandom.com/wiki/Episode_57:_Of_Course,_You_Know_This_Means_Warners/Up_a_Tree/Wakko%27s_Gizmo?oldid=30233"
Community content is available under CC-BY-SA unless otherwise noted.