The Warners are chased by Ralph outside the studio gate. Wakko hesitates for a minute before running again. 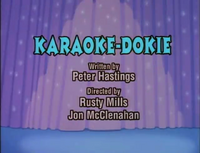 The Warners want a turn at karaoke, but unfortunately, Willie Slackmer has signed up many times before them. 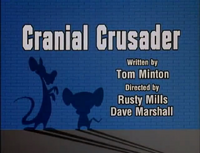 Pinky and the Brain parody Batman and Robin in their latest hair-brained plot in world domination.

The Chicken Who Loved Me 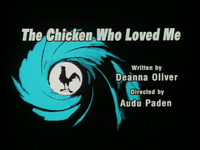 Retrieved from "https://animaniacs.fandom.com/wiki/Episode_60:_Karaoke_Dokie/Cranial_Crusader/The_Chicken_Who_Loved_Me?oldid=31069"
Community content is available under CC-BY-SA unless otherwise noted.