Dot recites her own interpretation of
"Jack Sprat".

The Warners are chased by Ralph outside the studio gate. Wakko hesitates for a minute before running again.

The Warners involuntarily find themselves on a parody of the PBS series Barney and Friends. 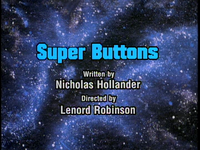 Buttons, Mindy and her family are all superheros. One day, however, Mindy catches sight of a bird and begins to follow it. Buttons is then forced to chase after and protect her. 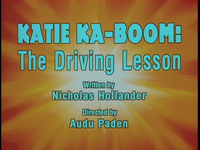 Retrieved from "https://animaniacs.fandom.com/wiki/Episode_61:_Baloney_and_Kids/Super_Buttons/Katie_Ka-Boom:_The_Driving_Lesson?oldid=29604"
Community content is available under CC-BY-SA unless otherwise noted.