Today on Mime Time: Swimming in an imaginary ocean.

The mime gets doused in water. 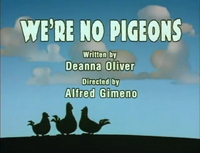 The Mime gets chewed on by dogs. 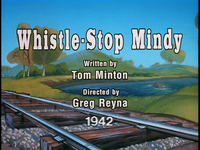 Mindy keeps driving her mother crazy with her toy whistle until she sees a real train coming down the tracks so that she can blow its whistle. As always, Buttons goes after her.

The mime gets run over by a bus. 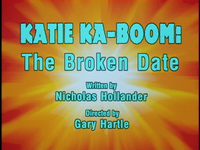 Katie Ka-Boom's date does not arrive on time and she explodes when she believes that she got stood up.

Today on Mime Time: Pitching at an imaginary baseball game.

The mime gets beaned by a baseball.

The moral of today's story is: "Don't spit in public."

Yakko: (sniff sniff) Did somebody step in something? (The Warners look by Yakko's foot)

Retrieved from "https://animaniacs.fandom.com/wiki/Episode_68:_We%27re_No_Pigeons/Whistle_Stop_Mindy/Katie_Ka-Boom:_The_Broken_Date?oldid=29661"
Community content is available under CC-BY-SA unless otherwise noted.