Episode 69 is the season finale of season two of Animaniacs, as well as the final episode to be broadcasted on Fox Kids before moving to Kids' WB!

Colin, dressed as Batman, talks about the time Randy Beaman told a creepy guy to get lost. While talking, his cape falls off and he trips on it. 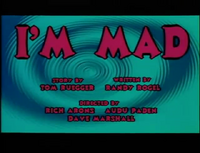 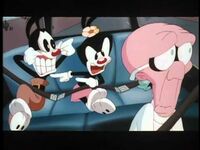 In this all-musical cartoon, Dr. Scratchansniff wakes the Warners up early for a long car ride. Yakko and Dot constantly bicker, and Wakko constantly complains.

The Mime gets arrested. 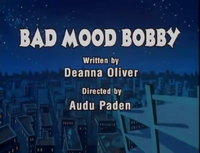 Bobby wakes up on the wrong side of the nest, so Pesto and Squit do everything they can possibly think of to cheer him up.

Colin attempts to hit a baseball while talking about Randy Beaman taking baths with his brother. He ends up breaking a window. 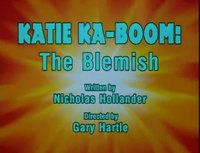 Katie Ka-Boom overreacts to her first pimple on her forehead because her friend, Jared, is coming to take her to study group.

Good Idea: Tossing a penny into a fountain to make a wish.

Bad Idea: Tossing your cousin Penny into a fountain to make a wish.

Bad Idea: Having your dog dry-cleaned.

Good Idea: Throwing a surprise party for your father.

Bad Idea: Throwing a surprise party for your grandfather.

Good Idea: Playing cops and robbers in the park.

Bad Idea: Playing cops and robbers in the bank.

Good Idea: Playing the scales on a piano.

Bad Idea: Playing the scales on a fish.

Colin comes out with a toy plane and puts his finger in his ear and talks a rather disgusting tale about when Randy Beaman ate corn flakes. 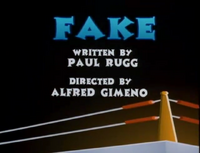 A rather short cartoon where Dr. Scratchasniff and the Warners debate whether pro wrestling is staged or not.

Retrieved from "https://animaniacs.fandom.com/wiki/Episode_69:_I%27m_Mad/Bad_Mood_Bobby/Katie_Ka-Boom:_The_Blemish/Fake?oldid=29660"
Community content is available under CC-BY-SA unless otherwise noted.