This is the first episode to air on Kids WB!. Every cartoon in this episode was animated by Wang Film Production

Animaniacs does a parody of the recaps shown at the beginning of live-action serials. 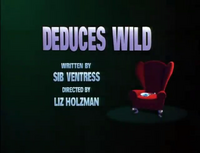 The Warners pester Sherlock Holmes and Watson into joining their scavenger hunt. 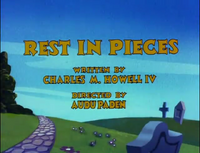 Slappy and Skippy attend the funeral of Walter Wolf seemingly unaware that Walter is actually faking his death to get revenge on Slappy. 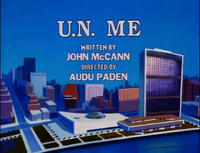 The Warners sing all about the United Nations to the tune of "Down by the Riverside".

Retrieved from "https://animaniacs.fandom.com/wiki/Episode_72:_Deduces_Wild/Rest_in_Pieces/U.N._Me?oldid=29620"
Community content is available under CC-BY-SA unless otherwise noted.