Every sketch in this episode is animated by TMS-Kyokuichi Corporation

Cutie and the Beast 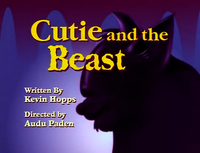 The Warners star in a parody of the classic Disney film with the Tasmanian Devil in the role of the Beast. Contains an introductory sequence of outtakes where Dot gets her full name wrong several times. 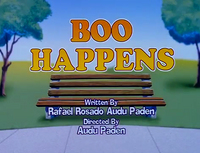 Chicken Boo stars in a shot-for-shot parody of the film Forrest Gump. 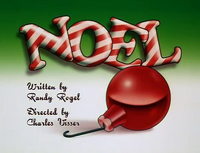 The Warners do a rather bizarre parody of the Christmas carol "The First Noel".

After the Warners bid everyone goodnight, the credits roll and, a la Mystery Science Theatre 3000, they make cracks at all the people listed in the credits, including their own voice actors.

Retrieved from "https://animaniacs.fandom.com/wiki/Episode_84:_Cutie_and_the_Beast/Boo_Happens/Noel?oldid=33328"
Community content is available under CC-BY-SA unless otherwise noted.