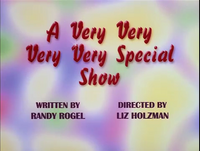 In a blatant attempt to win a humanitarian award, the Warners star in this parody of "very special episodes" bringing more educational content to the show. However, when they lose the award, they return to being their zany selves.

Night of the Living Buttons 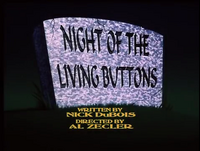 Mindy chases a frog into a graveyard full of zombies. 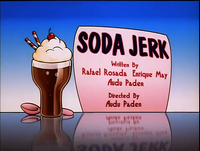 Written by Rafael Rosada, Enrique May and Audu Paden
Directed by Audu Paden

After drinking a milkshake in one gulp, Wakko gets a bad case of the hiccups, so his siblings look all around the world to help cure him.

Retrieved from "https://animaniacs.fandom.com/wiki/Episode_86:_A_Very_Very_Very_Very_Special_Show/Night_of_the_Living_Buttons/Soda_Jerk?oldid=33876"
Community content is available under CC-BY-SA unless otherwise noted.