Flavio Hippo stars in an ad for Choco-Dot candies.

Flavio does another ad parody for Soak soda. 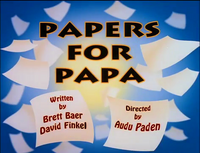 The Warners deliver office supplies to Ernest Hemingway just as he has sworn off of writing due to a bad case of writer's block.

Flavio does yet another ad parody where he shows his enormous gut. 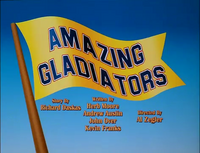 The Hip Hippos compete on a parody of American Gladiators.

Pinky and the Ralph 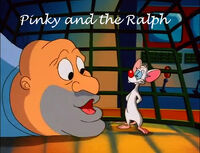 A promo for a fake spin-off starring Pinky and Ralph T. Guard is shown.

When I Dance They Call Me

Retrieved from "https://animaniacs.fandom.com/wiki/Episode_88:_Papers_for_Papa/Amazing_Gladiators/Pinky_and_the_Ralph?oldid=29636"
Community content is available under CC-BY-SA unless otherwise noted.