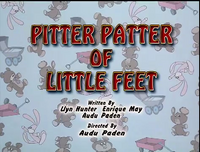 Written by Llyn Hunter, Enrique May and Audu Paden
Directed by Audu Paden

Due to a slip-up by the stork, the Rockefellers' baby, actually the Brain posing as a baby, is sent to the Hip Hippos. 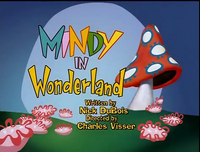 Mindy and Buttons fall down the rabbit hole in this Alice in Wonderland spoof. 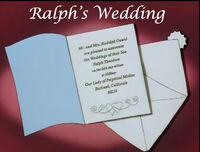 Ralph T. Guard gets married at the big building with the pointy thing on the top and the entire cast of Animaniacs is invited, but the bride is Chicken Boo. It turns out to be a dream from Ralph and his real wife eating too much chicken.

In Reality, Big Kids Sleep In

Retrieved from "https://animaniacs.fandom.com/wiki/Episode_90:_Pitter_Patter_of_Little_Feet/Mindy_in_Wonderland/Ralph%27s_Wedding?oldid=29815"
Community content is available under CC-BY-SA unless otherwise noted.