Both segments in this episode were animated by StarToons

The Warners go to Vegas to see a Siegfried and Roy type act.

To the music of Paul Dukas' symphonic poem "L'apprenti sorcier", Pinky messes with the Brain's new machine and gets this close to finally achieving world domination. 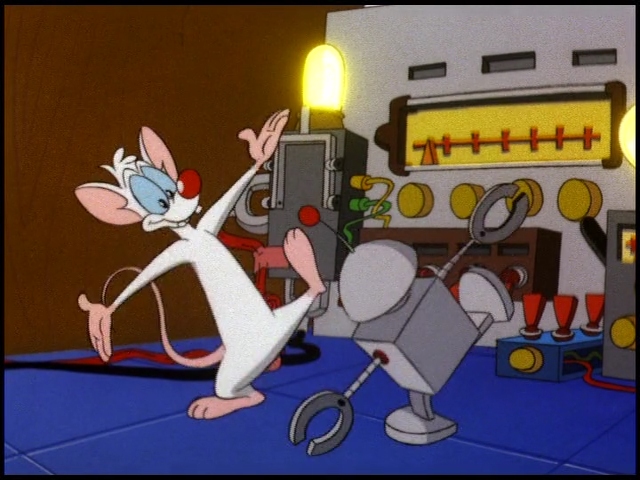 If At First You Don't Succeed

Retrieved from "https://animaniacs.fandom.com/wiki/Episode_94:_Magic_Time/The_Brain%27s_Apprentice?oldid=29649"
Community content is available under CC-BY-SA unless otherwise noted.