Rudy Mookich is the main antagonist from the spin-off series Pinky, Elmyra and the Brain. He was voiced by Nancy Cartwright. He is Elmyra Duff's love interest and Pinky and the Brain's arch-enemies.

Role in the Spin-Off

Rudy is a fat slob who acts as Elmyra Duff's crush in the series, in which she refers him as "Rudy Wudy oh so cutie". Little does Elmyra know, is that Rudy plans to steal Pinky and Brain and feed them to his pet snake Tonk.

Rudy also has hots for Patty Ann, who is Brain's alter ego and does not seem to care much for Elmyra. 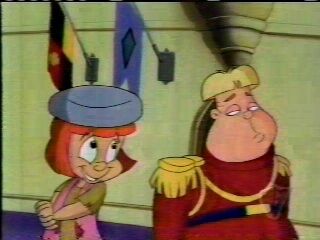 Prince Rudy in Narfily Ever After 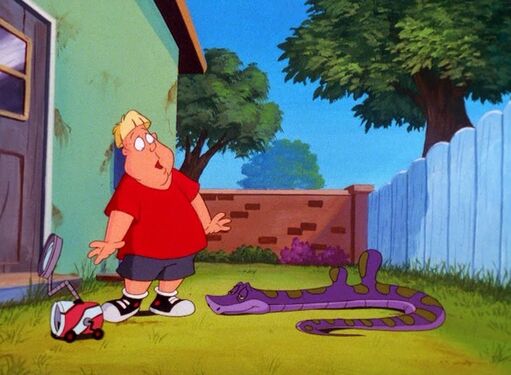 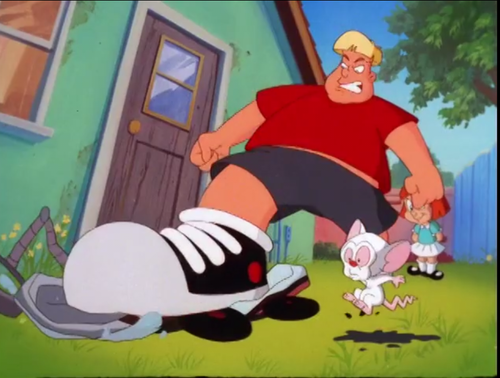 Rudy steps the brain's device with his foot
Community content is available under CC-BY-SA unless otherwise noted.
Advertisement