Start a Wiki
Snowball is a mutated hamster who is Brain's rival. He resembles Brain, but is larger, and brown. He is the main antagonist of the Pinky and the Brain series.

He was voiced by the late Roddy McDowall.

Brain and Snowball were very good friends while in their childhood, but when their genes were spliced, Snowball turned against Brain, and they became bitter enemies.

Snowball is a deceptive and manipulative hamster. He lies to get what he wants and he spies on Brain to steal his schemes for world domination. He once lied to Pinky and convinced him that The Brain uses him by stealing his brilliant ideas and calling them his own. Later on, in frustration, he revealed to Pinky that he was using him to get back at The Brain for foiling his chain-letter scheme.

"Well, seeing that I've already stolen your chain letter scheme for world domination, how about your sidekick? A valuable asset?"

"Oh, don't be silly, Brain. It would take all the fun out of life; I derive my greatest pleasure from making you squirm."

"Why haven't you picked up my mail yet?"

"Anything I can take from you is an asset."

"Wink Martin-dale Day? Since when is there a...(pauses in realization) Brain. Brain! BRAIN!"

"So I've heard. Failing to take over the world must be very time consuming."

"Pinky, The Brain doesn't care about you, he's just using you."

"Yes? Well, it's been a long time, my friend. You never call, you never write."

"Now if you'll pardon me, I have a world to conquer."

"Yes, using you! Stealing your brilliant ideas, calling them his own; he's using you!"

"You were always so darn dramatic!"

"A little. You should come and work for me, all the way The Brain treats you. Do you like it when he insults you? When he calls you names? When he bops you on the head?"

Snowball smirks as he watches Pinky sink in quicksand 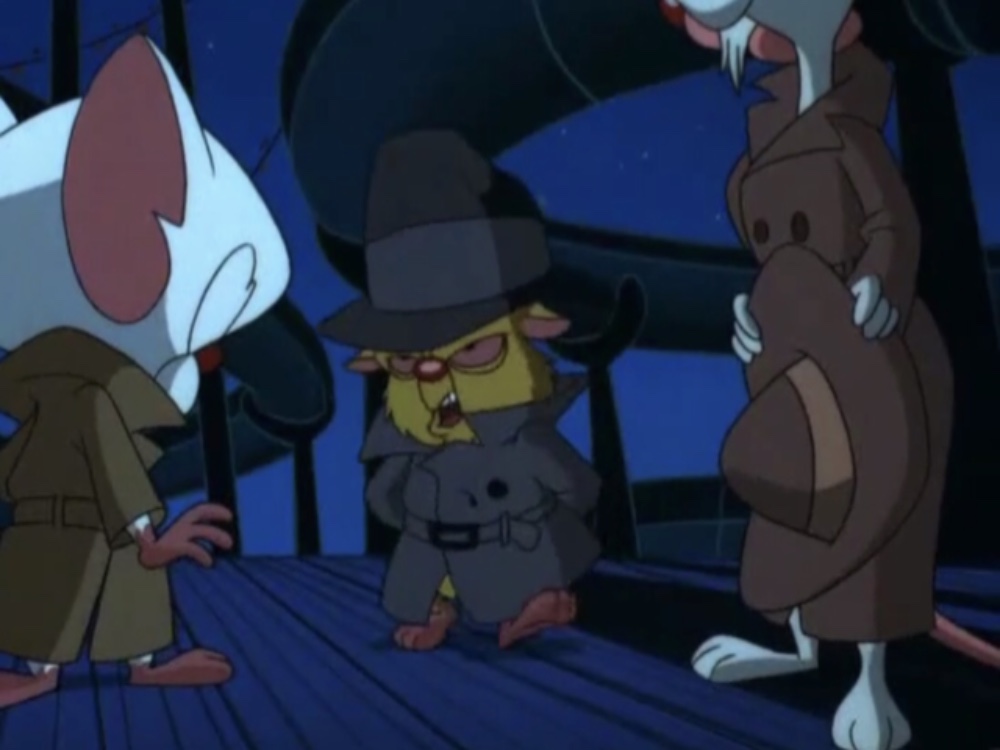 Add a photo to this gallery
Retrieved from "https://animaniacs.fandom.com/wiki/Snowball?oldid=29814"
Community content is available under CC-BY-SA unless otherwise noted.