Yakko Warner is one of the main characters in the TV series Animaniacs. He is the oldest and tallest of the Warner siblings as well. He wears a pair of tan slack pants up to his waist, held up by a large black belt. Out of the three, Yakko easily takes the role as the leader.

As his name suggests, Yakko is the most talkative of the trio. He's witty and has a way with words, and uses this to his advantage, often annoying people to their wits end with his rambling or tricking them with his quick-thinking. He also speaks with an American Mid-Western accent.

He knows his limits and, while he will tease some people, he knows what to say and when to employ diplomatic charm to calm them down - or at least try to. This can be seen when he and his brother interrupts Dot's "I'm Cute" song when he notes that she's awfully cute when upset.

Yakko, along with Wakko, is obsessed with girls and catcalls them by shouting "Hellooo Nurse!", sometimes followed by him and Wakko leaping into their arms and kissing them. He's mostly shown to be in love with Hello Nurse and Michelle Pfeiffer.

Despite himself, along with his siblings, being zany, he sticks to a high moral code and never torments anyone unless they're asking for it, or have provoked him or his siblings.

Yakko tends to reference a lot of innuendo in his dialogue. 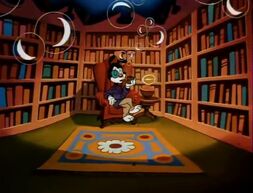 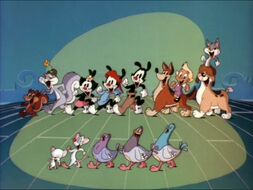 The Warners with the entire cast. 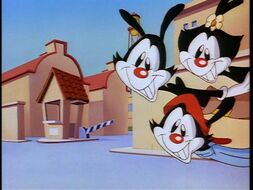 Yakko,Wakko and Dot in a scene from the Animaniacs opening sequence. 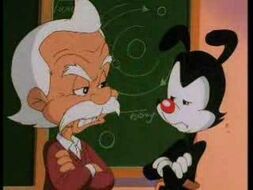 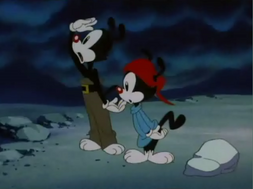 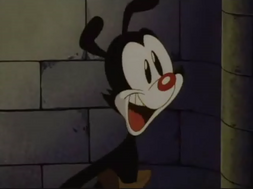 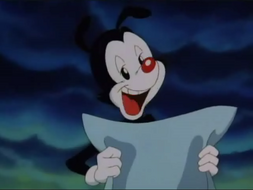 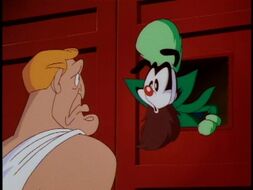 The Beard Looks Good On Yakko 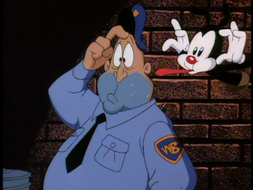 Yakko is giving ralph the raspberry 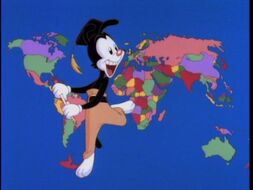 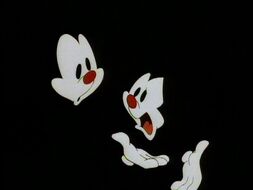 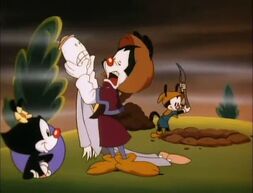 Yakko in A Midsummer's Night Dream 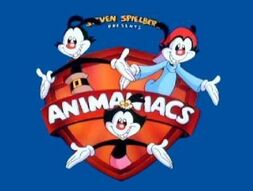 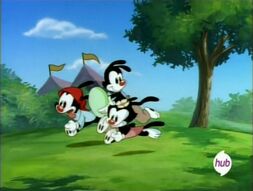 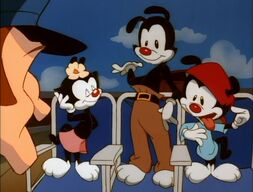 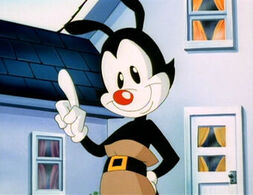 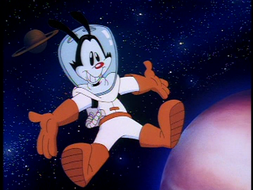 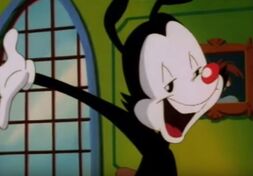 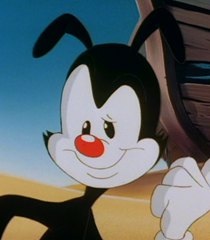 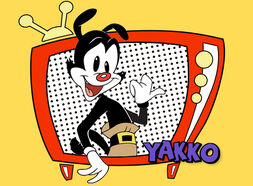 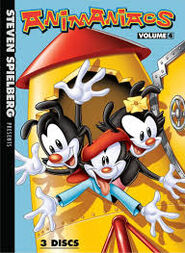 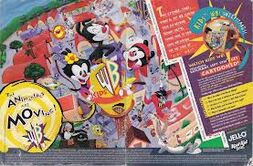 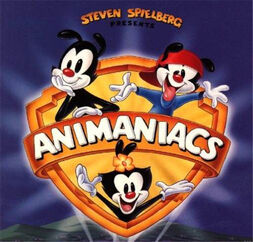 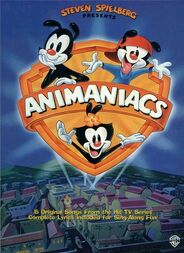 Yakko,Wakko,and Dot
Add a photo to this gallery 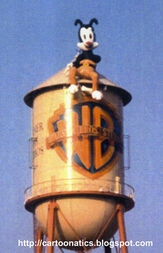 Retrieved from "https://animaniacs.fandom.com/wiki/Yakko_Warner?oldid=31461"
Community content is available under CC-BY-SA unless otherwise noted.